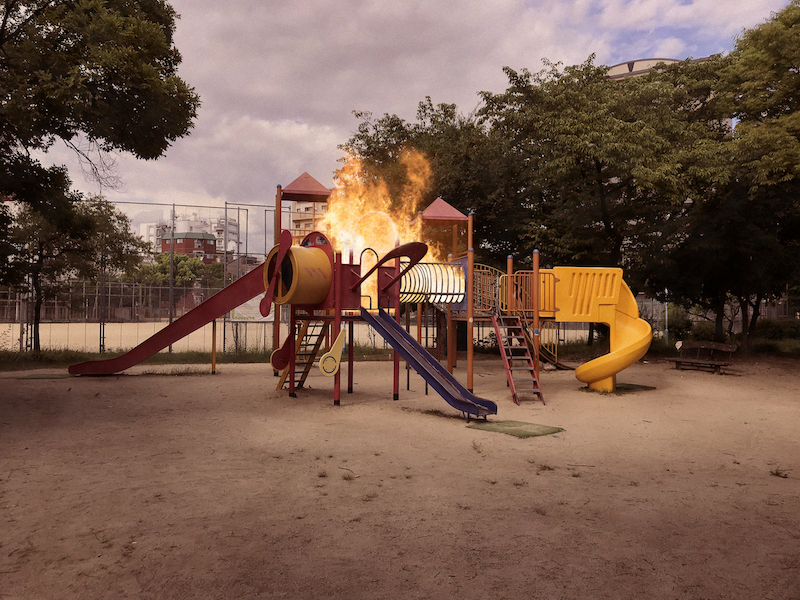 This series has emerged from the Scenery of Japan (2018) series. After combining elements into a new landscape in the collages, now a whole new narrative element has been added. Playgrounds (2019) is made in the three Japanese cities of Osaka, Kyoto, and Tokyo have been digitally manipulated with fire seas. The playground is pre-eminently a location that is perceived as unheimlich without human presence. Leaving the playground could be seen as the end of youth, which is captured in this image through the destruction of the playground. However, the fire can also be seen as an age-old place for a human encounter. 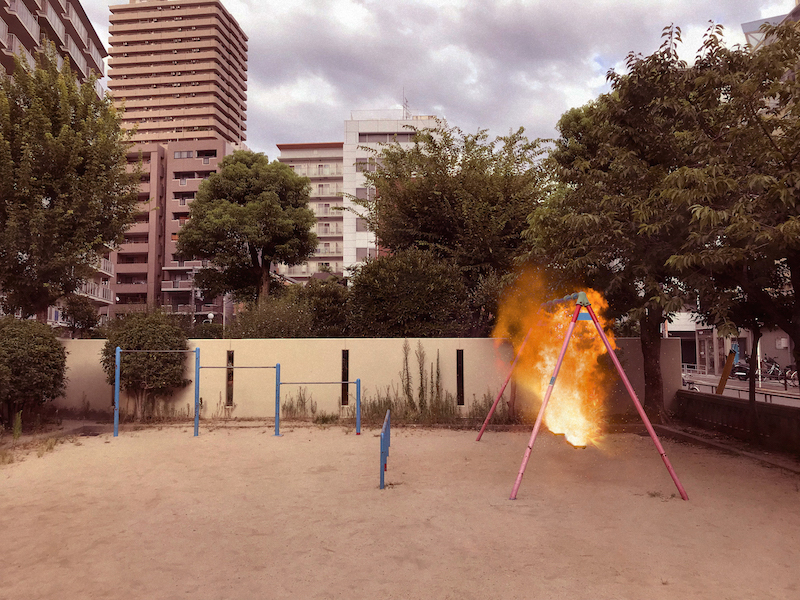 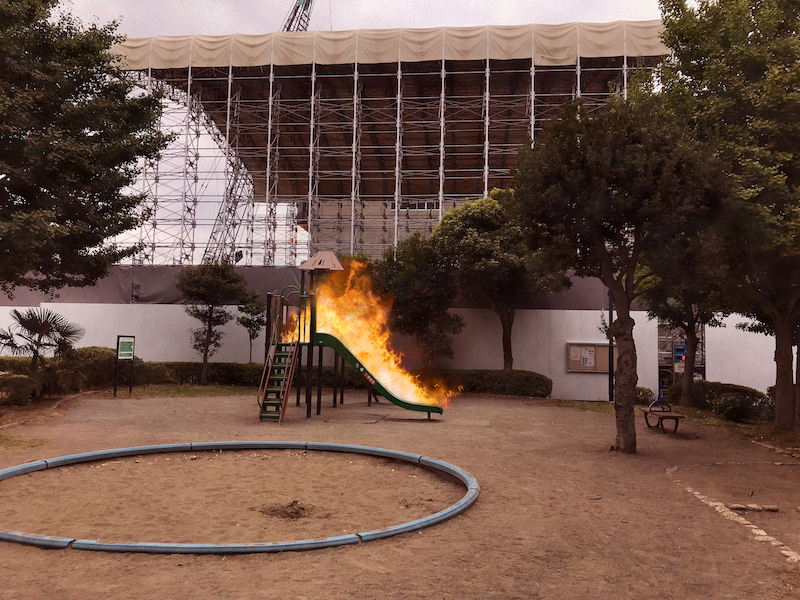 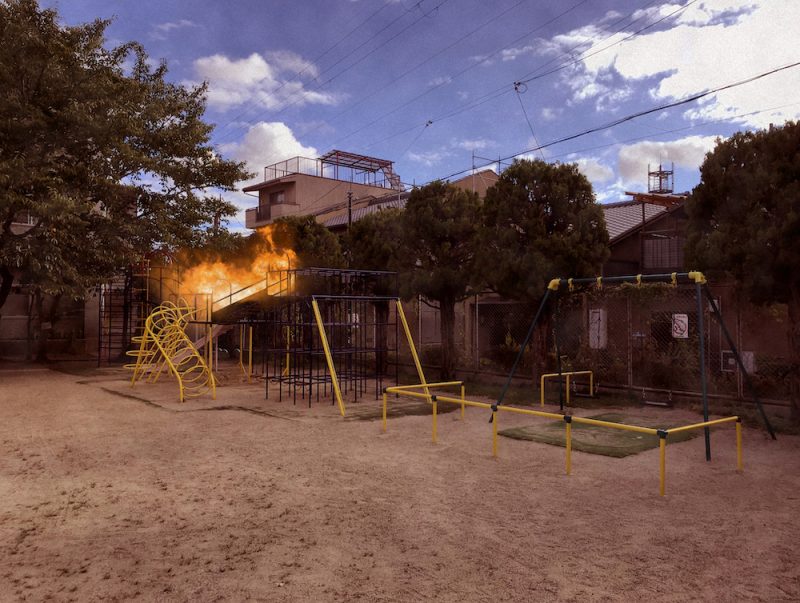 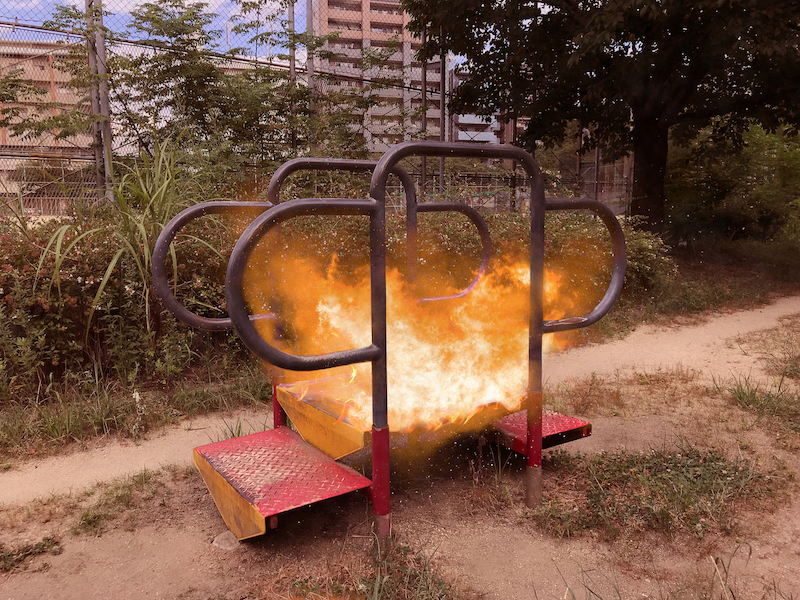